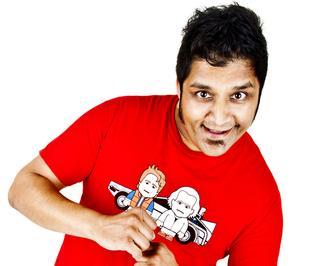 ​​​​Ice Cream:
Little do people know but ice cream is not just ice cream and with the right attention it can be a little bit more than just a mere frozen milk product.
To get the best from ones ice cream is to allow for it to at least sit for 5 mins room temperature or 15 secs in the microwave then try eating it, trust me I sincerely believe it’s the only way ice cream should be consumed. You’ll love it!

Another one of my favourite ice cream “experiments” is orange chock chip or French vanilla ice cream (room temperature) wrapped in Italian country split bread with the crust cut off, it’s worth a try.

Chocolates:
Remember when you were a child and you use to eat Milky Bar, it tasted so nice, while for no unknown reason the flavour changed or as the company likes to put it “new improved flavour” well no longer do you have to subject your taste buds to the companies” new improved flavour”. If you ever come across the Milky Bar Chew which is also made by Nestle often found in Australia will bring back that unforgettable taste of Milkybar.

This is just a personal opinion but if ever you get to taste the Kit Kat from the U.K. or U.S.A you will taste the distinct difference from that of New Zealand and Australia, the taste is also apparent with Cadbury.

Chocolates which float my boat
Kit Kat Chunky original and caramel  2 thumbs up! NZ/AUS version (no offence to those whom live outside these postcodes, except for the fact that in U.S.A Hershey still own the rights to the brand Kit Kat, so the taste is significantly different to those of other countries branding this bar under the Nestle Banner.

Remember the Nestle Nut Roll? Hershey’s have cloned the product and made it in my personal opinion 10 times better. Once known only by it’s descriptive name “peanut caramel bar” but as Jefferson aeroplane its identity was renamed yet the recipe remained the same known to all as the “Rally”. This is also known as the “Oh Henry” or "Baby Ruth" bar in parts of the world. definite. 5 Sitar bar

Some may not know it and can often buy into the world’s ability to market a brand so well not leaving enough room in ones belly for those less recognised brands. With my candy know how I will let you in on a few brands which do not come with extreme marketing clout yet are extremely friendly to ones taste buds.

If you come from overseas and are visiting the friendly shores of New Zealand some bars that are unique to Aotearoa (New Zealand) and can rarely be found abroad.

When in Australia try the following:

Freddo the Frog (for Africa) what's that about? - 3 Sitars

Hershey’s Rally/Oh Henry!/ Baby Ruth (One in the same re-branded for foreign market)

Toggenburger of Switzerland (Currently only at New World) - 4 Sitars

Biscuits:
Some of you are probably aware of the Tim Tam phenomenon.  For those of you who don’t I would definitely recommend it. To do this it requires you to grab a Tim Tam bite of a corner at opposite ends  then suck a warm liquid through it (personally Indian tea is one of my favourite's) but each to their own, another is Girl Guide biscuits for dipping they rock.

HOT OF THE PRESS

Potato Crisps
Placing them in the freezer for a while can be surprisingly quite nice.

Miscellaneous:
Rocky Mountain are caramel apples currently found in North America. In saying that the ones I ate in Vancouver were by far the best. They come in various types New York Cheesecake is by far my fave but I do have a sweet spot for the Apple Pie flavour. Both get 5 Sitars.

This is a tough one as it is not chocolate nor is it an extrusion. What we do have here though is the Nestle Chocolate (or white fudge as they like to call it) Pretzel. Extremely morish and so far only been able to track down in North America, United Kingdom and possibly in the Middle East. (I saw them in the background of a movie set in Iraq).

As we all know that in this competitive world there  will always  be a product that has a competitive brand sometimes inferior and at times by its quality can often be as successful as its rival as Pepsi is to Coke and Pebbles to M and M’s. It is the consumer’s taste buds that ultimately decide the success of a product.

Look out for irregular updates on what's hot to put in your mouth.

Some may think of the following as obsessive but for the record if you want to know all there is to know about the best tips on when it comes to confectionery I’m your man!… but I could be wrong.